IPMN stands with the Movement for Black Lives, #BlackLivesMatter
and the BNC call for Solidarity.

June 1, 2020 — IPMN stands against racism and white supremacy and  strongly condemns the tactics used by the white police officer in Minneapolis. The disregard for human life on the part of our so-called "Law and Order" officials, especially when it comes to African Americans, is intolerable and must stop.

As advocates for Palestinian rights, we know all too well that the same "knee-on-the-neck" is used against Palestinian victims by the Israeli police and military. (See picture). Israel trains police forces of American cities to act like soldiers and the impunity in Palestine translates to worldwide impunity for acts of police brutality.  We stand in solidarity with #BlackLivesMatter and call for an end to all police brutality and for an end to  Israeli training of American police forces.

The Rev. Dr. Otis Moss, III, pastor and modern-day prophet of Trinity United Church in Chicago asked on May 31st, 2020, "When?  When will we overcome?" We see these latest acts of racism repeated over and over. We protest;  little changes. We sing “We Shall Overcome” again as we did in the 1960's and 1970's.  "Law, Order, and Justice!" replied African-Americans in the 1970's. And today we repeat with our African American sisters and brothers, “No justice, no peace.”

Systemic racism is hard to change. It is entrenched in the very being of white Americans who have lived with an identity of entitlement and privilege for generations, seen in our country's mass incarceration of people of color and inequality across the board —in housing, voting, education, health care, justice system, jobs, and more. But this is a moment in time that calls us to a new reality. Therefore, we pledge to renew our efforts to listen, to insist on change, and to help others see the ways that racism and supremacy oppresses and hurts.

Quoting Chicago’s Rev. Moss again, "Don't ask where God is in all this!  God is asking us where WE are!"  God calls us to feed the hungry, visit the sick and those in prison, release the prisoners and give sight to the blind. God calls us to repair the breach. May it be so.

We are hard pressed on every side, but not crushed; perplexed, but not in despair; persecuted, but not abandoned; struck down, but not destroyed. We always carry around in our body the death of Jesus, so that the life of Jesus may also be revealed in our body. ~2 Corinthians 4: 8-10

IPMN endorsed the Movement for Black Lives in 2016.Read our statement here.

We can’t breathe until we’re free!

The Palestinian BDS National Committee (BNC), the largest coalition in Palestinian society that leads the global BDS movement, stands resolutely in solidarity with our Black brothers and sisters across the US who are calling for justice in the wake of the latest wave of insufferable police murders of Black Americans, including George Floyd in Minneapolis, Tony McDade in Tallahassee, and Breonna Taylor in Louisville.

The growing protests by “the unheard” against police brutality in the US are fundamentally an uprising against an entire system of racist exploitation and oppression, exacerbated and nakedly exposed by the Covid-19 pandemic and its disproportionate toll on African Americans. This system is organically connected to the crimes perpetrated by US imperialism against peoples of color worldwide and rooted in the violent, racist and colonial foundation of the US. 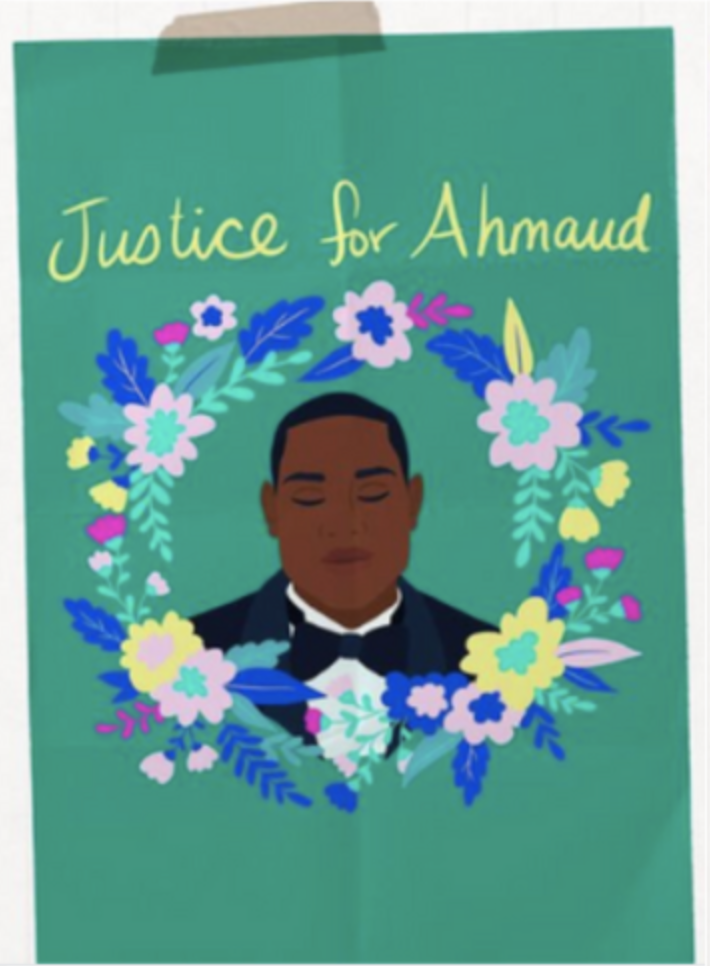 The genocidal destruction of native American nations, the pillage of their wealth and resources, and the savage enslavement of millions of Africans constitutes the most profound pillars of what became the US. The deeply-seated white supremacist ideology that has guided and attempted to whitewash these crimes is still alive, albeit in different forms. This exclusionary ideology is encouraged by the flagrantly racist Trump White House and an insidious, less-audaciously racist liberal establishmentthat rhetorically condemns racism, even spews some empty promises, yet consistently fails to act on reparations, racial and economic justice, and ending the horrific system of criminalization and mass incarceration of Black Americans.

As Martin Luther King, Jr. once said, the “great stumbling block” in the stride by Black Americans toward freedom is not the KKK, “but the white moderate, who is more devoted to ‘order’ than to justice; who prefers a negative peace which is the absence of tension to a positive peace which is the presence of justice.”

We call on the Palestine solidarity movement in the US and elsewhere to stand withthe Movement for Black Lives and other Black-led organizations in their righteous struggle for justice, and for an abolitionist approach to police reform, reparation, and liberation. We endorse calls for targeted and strategic boycott, defunding and divestment campaigns against institutions, banks and corporations that are implicated in the system of racial injustice.

As indigenous people of Palestine, we have firsthand experience with settler- colonialism, apartheid and racist violence wielded by Israel’s regime of oppression - with the miliary funding and unconditional support of the US government -  to dispossess us, ethnically cleanse us, and reduce us to lesser humans. Our most important achievement as a people resisting colonial oppression, including through boycott campaigns, is our ability to remain steadfast and to resist their relentless attempts to colonize our minds with hopelessness, self-deprecation and surrender to their supremacy as fate. 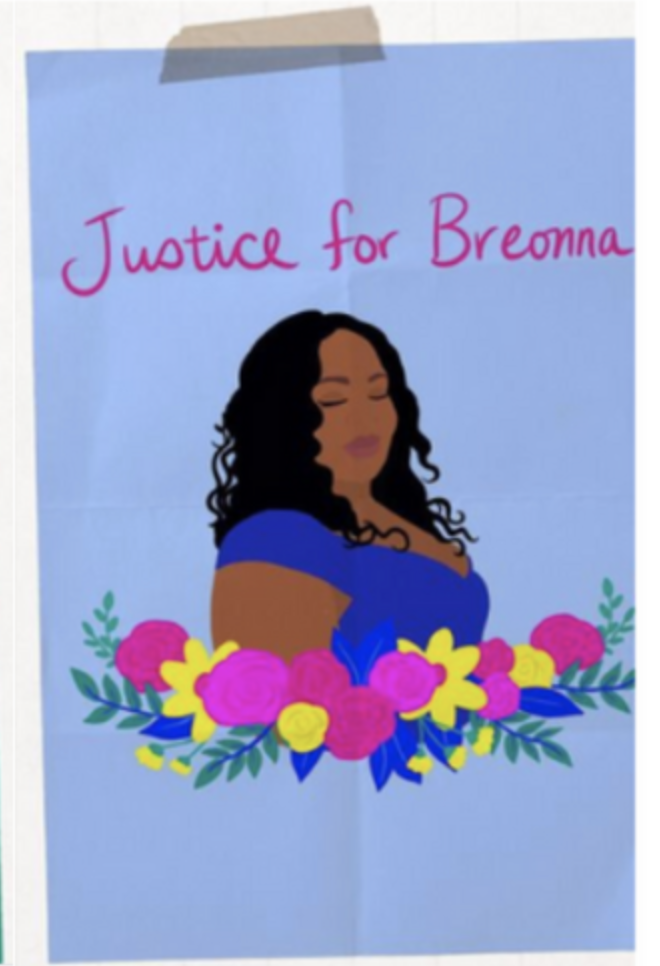 Black people in the US, in South Africa and many other countries have survived centuries of the most inhumane forms of enslavement and racial oppression ever seen, teaching humanity as a whole precious lessons in perseverance, resistance and ingeniousness.

The system of structural racism in the US is violently enforced by paramilitary police departments, many trained by Israel, including the Minnesota police. These police forces have been tasked with doing whatever it takes to protect this rotten system of white supremacy and Black, Latinx and Indigenous disenfranchisement.

The indiscriminate, extrajudicial murder of Black Americans; the unconscionable US prison system; and the inhumane and racist treatment of migrants and asylum seekers at the southern borders are all symptoms of an increasingly militarized security state that is wreaking havoc and destruction against communities of color in the US and globally. As long as this system of oppression continues, it is up to our grassroots movements to work collectively and intersectionally to dismantle it, from the US to Palestine.

It is the duty of all people of conscience to uplift the struggle and the voices of our Black sisters and brothers. We call on our community to recognize the connectionsbetween the US’s domestic racial oppression and its racialized imperial oppression against people of color worldwide, as explained by Malcolm X and other Black thought leaders. Just as the occupying Israeli military forces serve to further entrench the apartheid system against Palestinians, the US police forces only serve to further entrench the system of American white supremacy and privilege.

We echo the sentiments of the American-Arab Anti-Discrimination Committee’s recent statement saying, "now is a time for us to listen to Black Americans and Black civil rights groups about their unique experiences and about how we can best support our collective struggle against injustice. It is also our duty ... to educate ourselves on the struggles our Black brothers and sisters face and how we can do our part to tackle anti-blackness."

To our Black brothers and sisters, your resilience in the face of brutal dehumanization is a source of inspiration to our own struggle against Israel’s regime of occupation, settler-colonialism and apartheid. We support calls such as this initiative from Minneapolis organizers to divest from militarism and policing and instead invest in community-led health and safety.

Recognizing that justice is won, not simply conceded, we reflect on James Baldwin’s advice to his nephew, “Please try to remember that what they believe, as well as what they do and cause you to endure, does not testify to your inferiority, but to their inhumanity and fear.”

We can’t breathe until we’re free from oppression and racism. #BlackLivesMatter

⁦@RepAOC⁩ panders to Israel lobby | She could also have denounced Israel’s greenwashing propaganda, which aims to f… https://t.co/Pa9VmjSw2A

RT @Issaamro: A Palestinian child from Hebron was shot in his eye, he got a rubber bullet which was shot by an Israeli army sniper. The vid…

RT @DanielSeidemann: Regardless of what one thinks of the merits and liabilities of BDS, support of BDS has become a moral imperative. I g…