Below you will find the grant proposals which were approved in October by the Steering Committee and shared with those who attended the annual meeting. As many of you will remember, we did not give out grants last year because we could not implement a vetting process which would satisfy the PCUSA regarding organizations which applied for grants who were not our mission partners. That is to say, we couldn’t verify who they were and did the work they claimed to do.

Since 2016, we have worked out a vetting process and were pleased to be able to allocate both the 2016 and 2017 funds, totaling $38,000 for grants at this time. We received nine applications (three of which were applying for a second grant and one of which was applying a second time for a first grant), and because we had more funds than in the past, we were able to give a grant to each of the nine projects.  Not only did we have more funds, but we genuinely felt that each of the projects was worthy of our support.  Much prayerful consideration was given to each application as the sub-committee reviewed and rated each one; two conference calls brought us to our final recommendations. The list of grant recipients are listed below in alphabetical order. 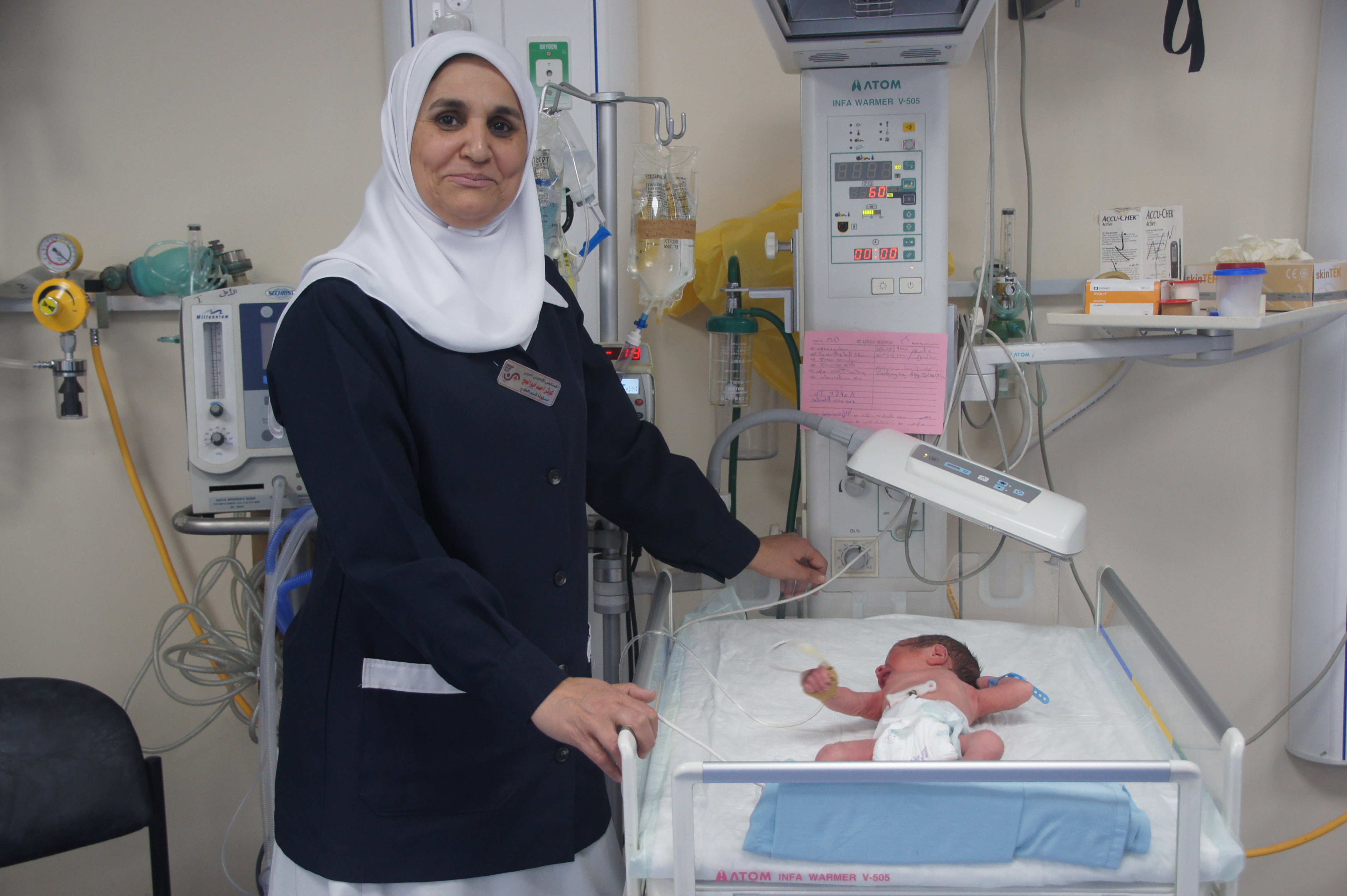 AFEDJ is a non-political, independent nonprofit which acts as a partner to the Episcopal Diocese of Jerusalem and is the sole non-profit organization in the US dedicated to supporting the humanitarian institutions of the Episcopal Diocese.   AFEDJ’s request is for IPMN to contribute funds for a new Lutech, Datalyst 500 fetal heart monitor to be used in a mobile unit clinic which extends the care of St. Luke’s Hospital in Nablus.  These mobile clinics are central to the care given by St. Luke’s because many patients are unable to travel to St. Luke’s due to the security checkpoints and violence done toward Palestinians by some inhabitants of nearby Israeli settlements.  High-quality care to pregnant women is one of the primary services that St. Luke’s staff provides, and each mobile clinic van needs to have an ultrasound fetal heart monitor.  These monitors are particularly necessary in late pregnancy and during labor.  A grant of $4,500. was approved for one heart monitor. 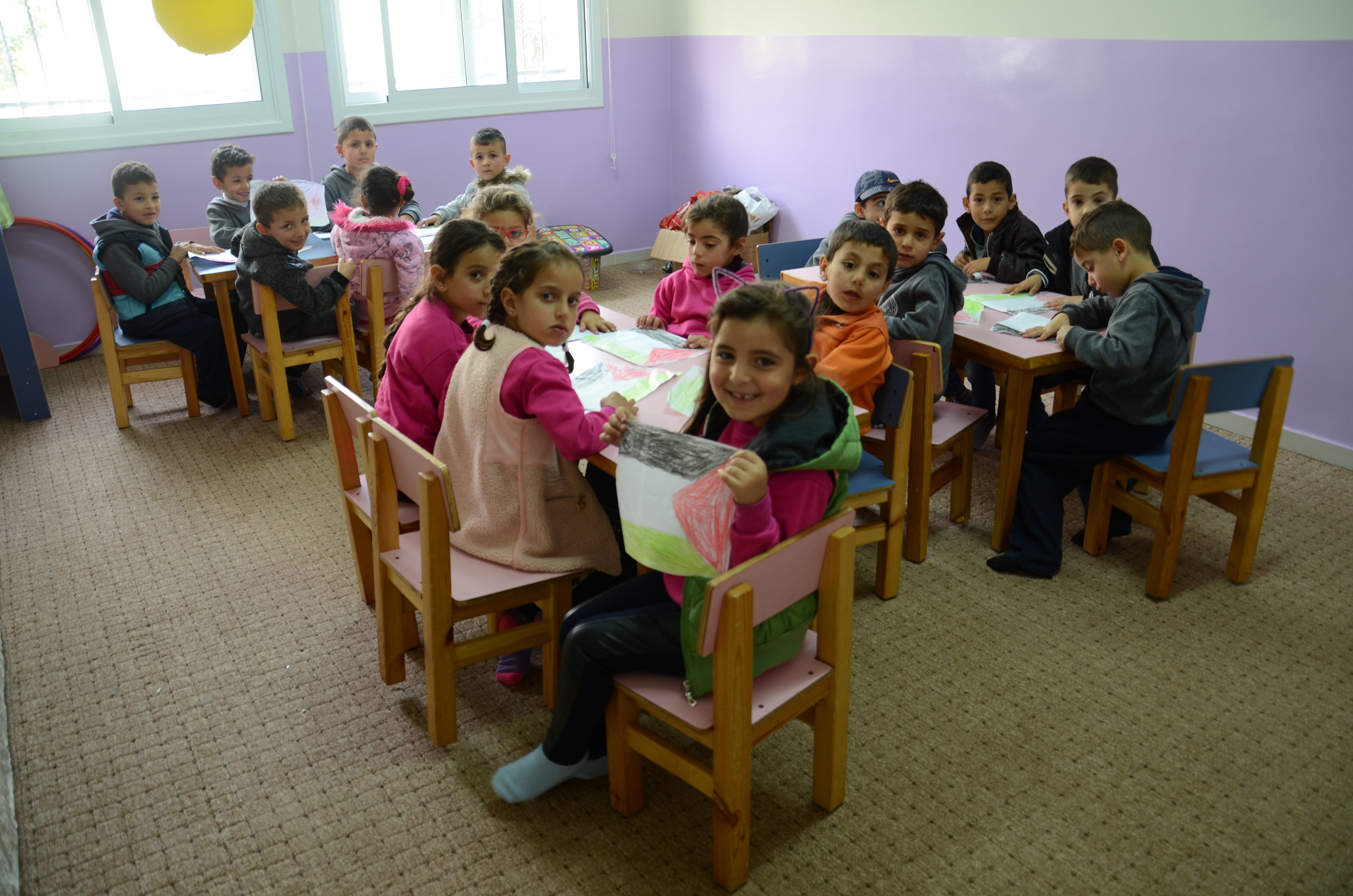 ANERA is a registered non-governmental, non-profit, international organization established in 1968 to advance the well-being of communities in the West Bank, Gaza and Lebanon.  Today, ANERA responds to the economic, health and educational needs of the most marginalized people in the Middle East.  In the West Bank and Gaza, only one-third of all four- and five-year-olds are enrolled in preschool.  ANERA is committed to fostering safe and effective spaces in which Palestinian children can learn and grow.  ANERA has built or renovated 10% of the existing preschools in the West Bank and Gaza.  ANERA requested a grant to furnish Zuhour Al-Walajeh Preschool with educational and age-appropriate toys, learning materials, outdoor play equipment, and furniture.   Zuhour Al-Walajeh is a traditional agricultural village located just four kilometers northwest of Bethlehem.  A grant of $3,500. for educational equipment was approved.

Bethlehem Bible College— “Christ at the Checkpoint Conference 2018”  in Bethlehem 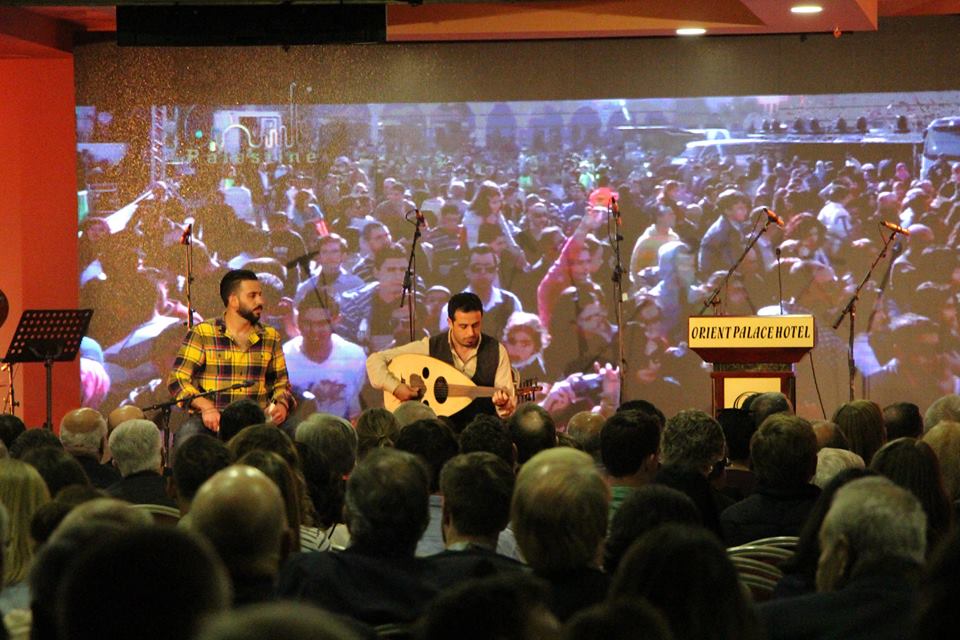 Under the leadership of Bethlehem Bible College, four “Christ at the Checkpoint” conferences have been held during the past 10 years, at which between 300 and 700 participants attended.  In May 2018, the fifth international conference will take place with the theme, “Jesus at the Center: The Centrality of Jesus in our Theology, Advocacy, and Mission.”  The group describes itself as follows, “We are a community of Evangelical Christians who believe that following Jesus with integrity means that our lives are formed by our love for God, the teaching of the Bible and a fearless life of discipleship (within the context) of Israeli-Palestinian conflict…We wish to find Jesus at the center of everything we do and to make his life our life, which means finding courageous love for Palestinian Arabs and Israeli Jews alike.”

The conference will be led by Palestinian Christians, and all Evangelical Christians everywhere are invited to attend in hopes…this conference will provide a much-needed platform for Evangelical Christians to learn about and become engaged in working towards Christ-led solutions for peace.   The conference will be four days of lectures, small group discussions and workshops as well as fieldtrips to different places that are “hot zones” in the conflict.  The registrations for all participants are kept reasonable; therefore, the amount needed to make up the difference between the income from the registrations and the expenses is $63,000.  A grant of $4,400. to be used toward these conference expenses was approved. 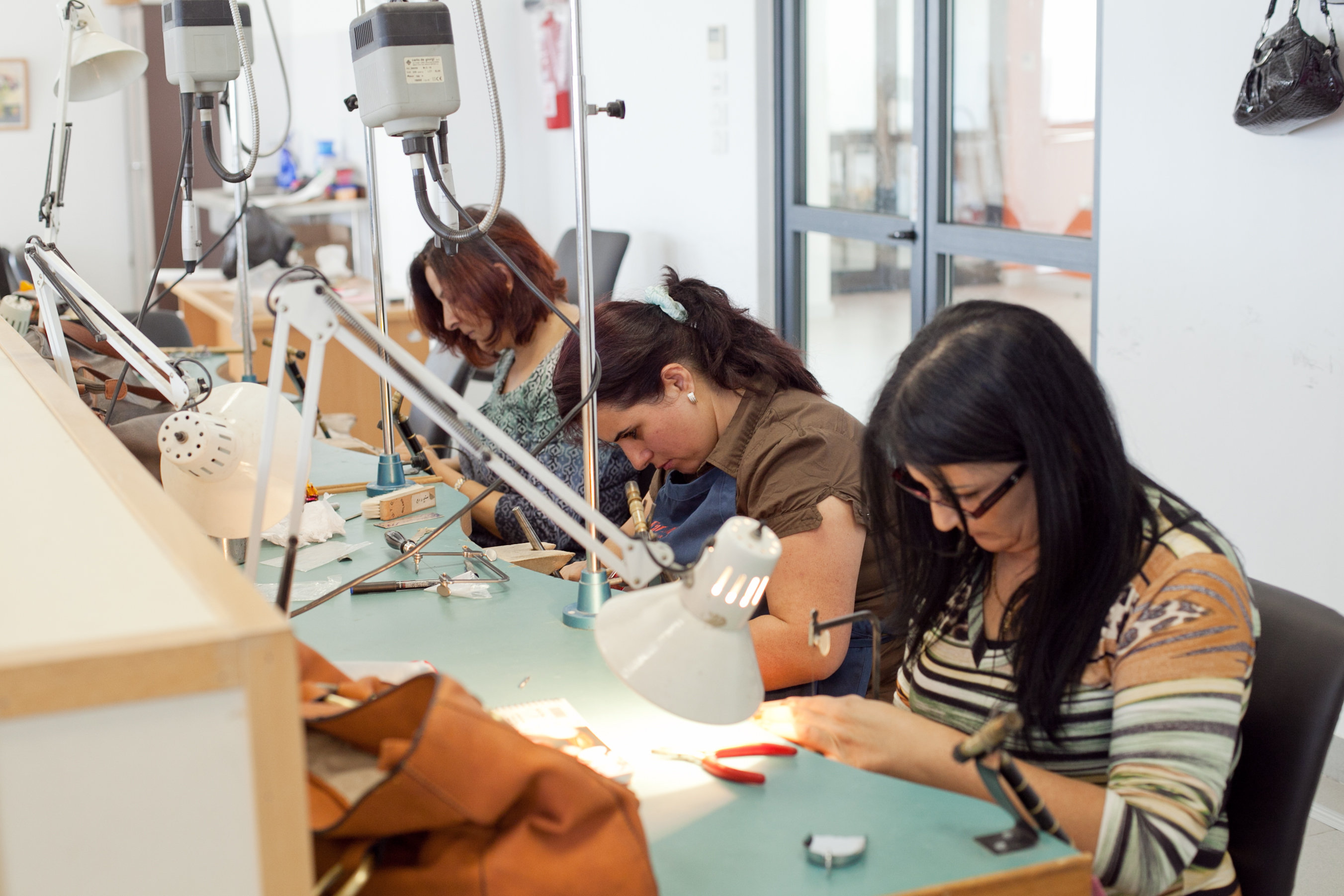 Bright Stars of Bethlehem, NFP is the US 50l(c)(3) organization that supports the work of the Diyar Consortium and the ministries and programs begun through Christmas Lutheran Church in 1995.  Dar Al-Kalima University, accredited in 2013 as a four-year (BA) institution, is the only Lutheran/Christian university/college in the Middle East dedicated to arts and culture education for Palestinian students seeking economical and self-sustaining futures in their homeland.  The focus on the arts and culture is critical for people living under occupation in which it is easy to lose one’s identity and narrative.

The Scholarship Stars program is for Dar al-Kalima (DAK) students enrolled at the University, where a full year’s tuition is $3,600. (USD).  The student body is composed of 378 full and part-time students with the demographics of 60% Muslim, 40% Christian; 51% female, 49% male with ages ranging from 21-53.  Almost all the students receive scholarship assistance.  The goal of Scholarship Stars is to support 100 full time students by raising $360,000 over two years beginning in January, 2017.  Upon graduation; there are many teaching positions available in the 600 elementary schools (public and private) in the West Bank, as well as many graduates become well prepared to begin their own viable businesses.  A grant of $3,600. was approved for a one-year scholarship.

Churches for Middle East Peace is a 501(c)(3) coalition of 27 national Church denominations and organizations in Catholic, Orthodox, Protestant, and Evangelical traditions.  CMEP’s Congressional Engagement program (CE) exists to develop and grow CMEP’s capacity to engage Congress in order to advocate effectively for U.S. policies that promote a comprehensive, just and secure resolution to the Israeli-Palestinian conflict.  This project involves the re-establishing of the Interfaith Advisory Group (IAG) to elevate and bring together the voices of Christian, Muslim and Jewish civil society leaders engaged in peace and justice work in Palestinian and Israeli communities.  While strengthening interfaith relationships, the work of the IAG will lift up the voices of Palestinians and Israelis as they also inform CMEP’s advocacy with U.S. and International policy makers.  A grant of $3,000. was approved for the expenses of re-organizing the Interfaith Advisory Group. 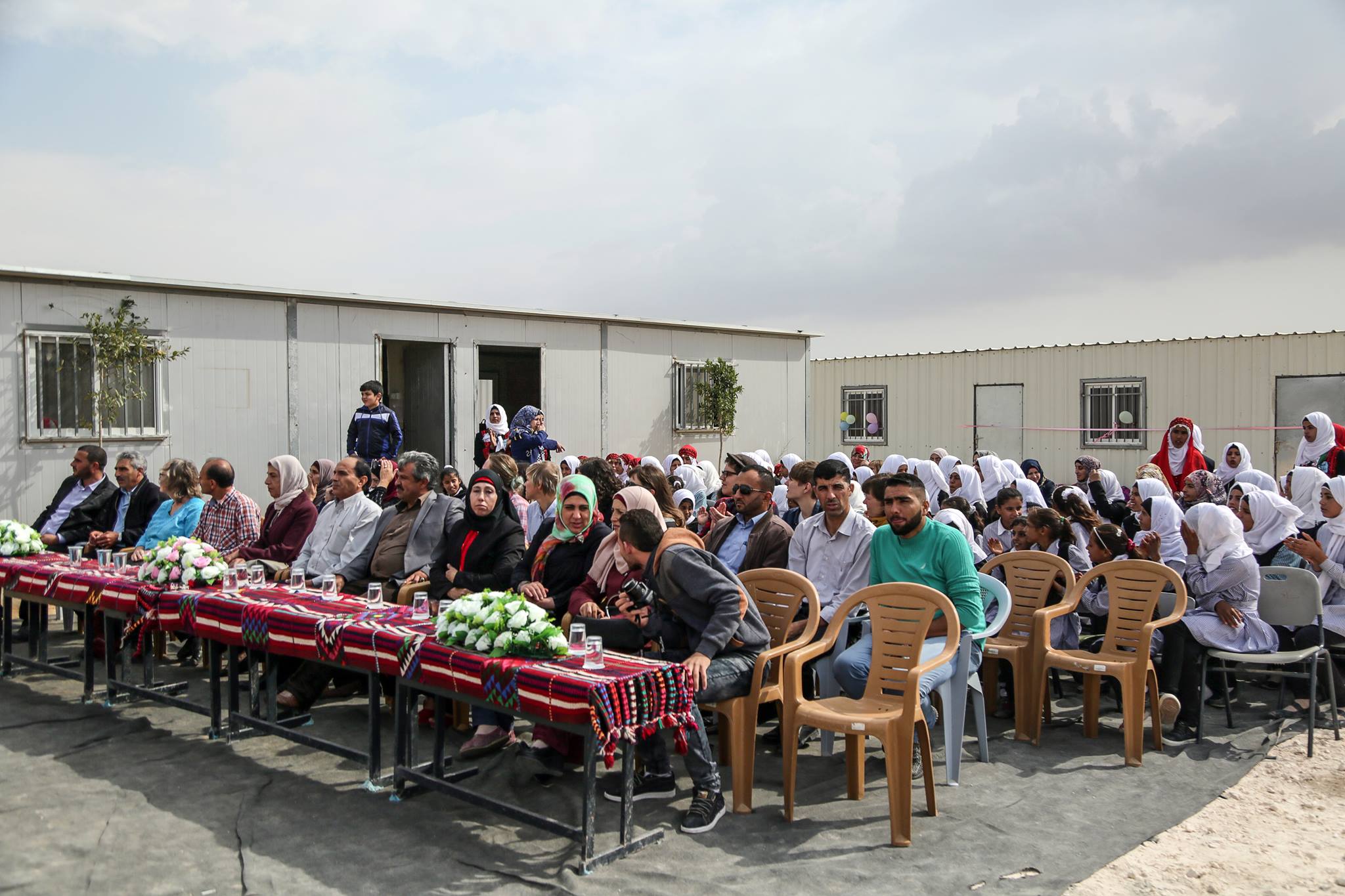 HIRN’s mission is to improve access to education for the most vulnerable sectors of the Palestinian communities.  This particular project would provide a classroom to expand a unisex school for girls in a small, traditional Bedouin community of Zweidin in the South Hebron Hills.  In the public education settings boys and girls attend school in mixed classes.  Families tend to force their girls to drop out in early stages to prevent mixing the genders.  Having a unisex school allows the girls to continue their education up through high school.  Over the past three years, the community has created such a school which now provides classes for 70 girls.  By adding another two classrooms and bathroom facilities, the school could expand its student body by 35 students to a total of 105.   With a secondary education, research shows the students will have higher family incomes, marry later, have fewer children and at an older age and invest in their own children’s education.  A grant of $6,000. was approved for the purchase of one pre-fab classroom. 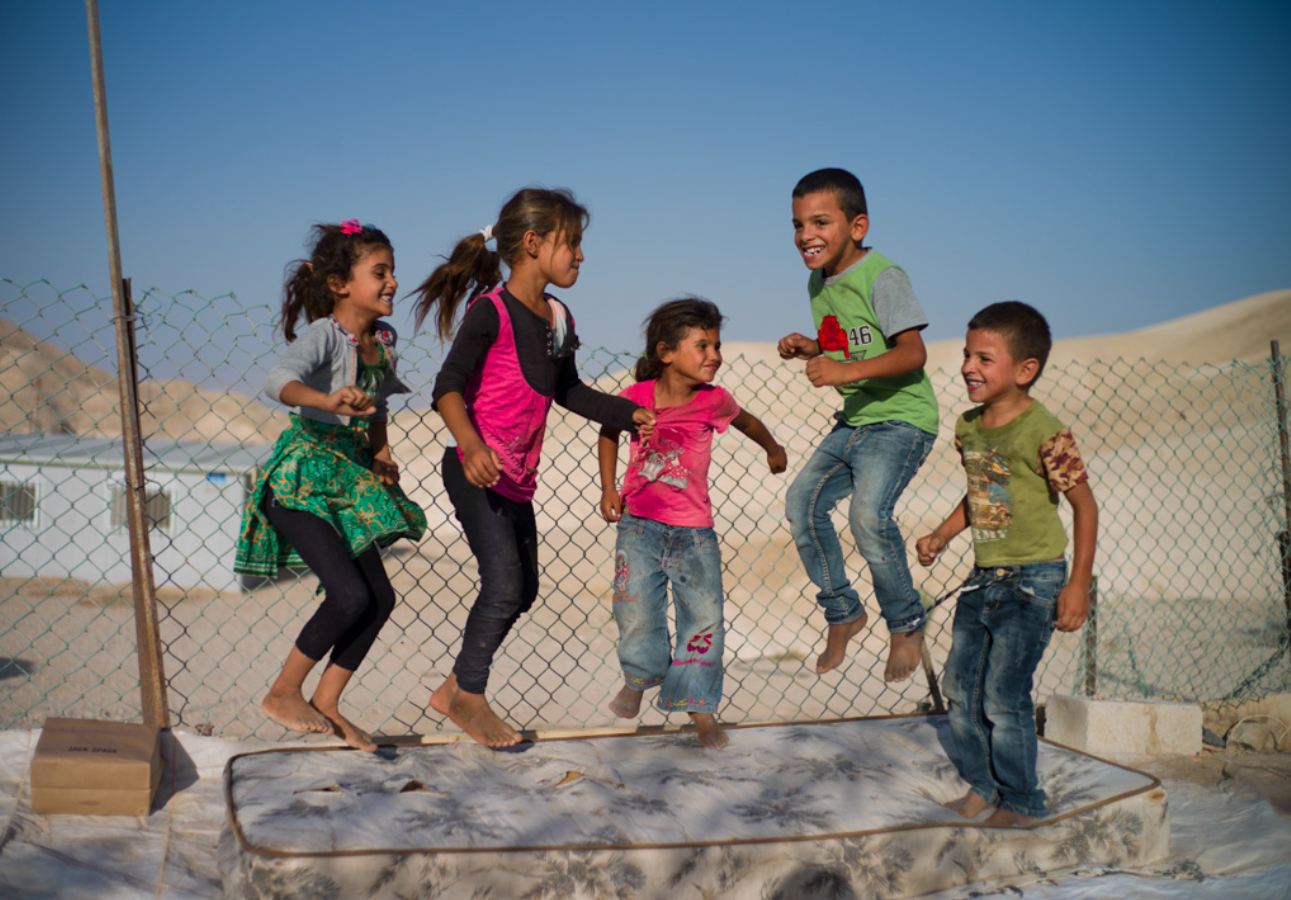 Jahalin Solidarity— “A Social Media Campaign: Who is a Bedouin and what is S/he?” in Jerusalem

Jahalin Solidarity is a non-profit registered in Ramallah, which aims to improve and develop Palestinian society (especially for Bedouin).  This project would create five filmlets to be used in social media to introduce Bedouins to the Israeli and Palestinian publics, neither of which understand the Bedouin, who are marginalized by both groups.  The subjects of these filmlets will be five Bedouin spokespersons who will speak  about what being Bedouin means to them.  It is hoped that these messages will help the public to identify with the Bedouin and to realize that they are not being treated fairly.  At this point, Bedouin are not “seen” by the Israelis or the Palestinians.  Hopefully, through this project, the Bedouins will become more visible and their voices more clearly heard.   A grant of $3,000.  toward the producing of the first filmlet was approved. 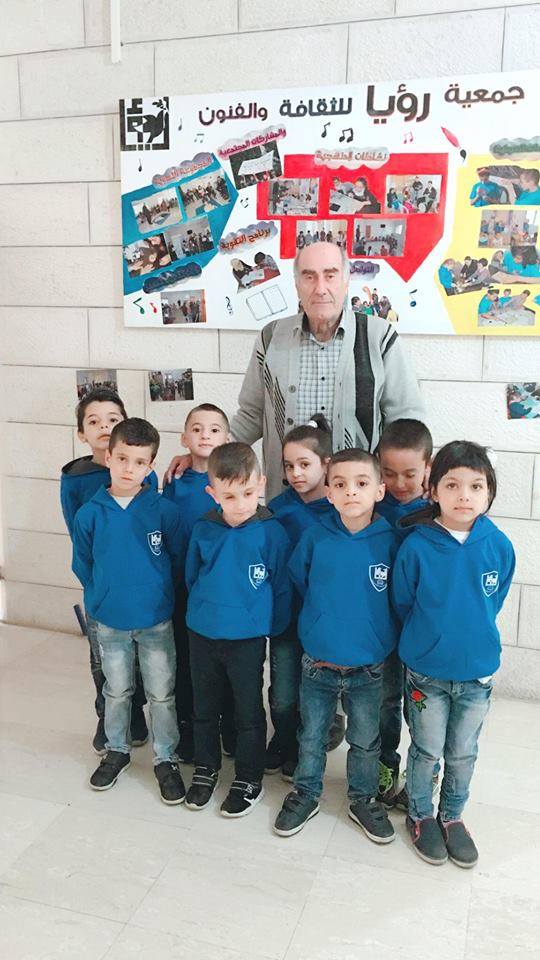 Vision Association for Culture and Arts (VACA and also referred to as the House of Hope) – “Grade Levels Expansion of VACA School”  in Bethany, West Bank

VACA provides an elementary school for the Bethany villages of Al-Eizariya, Abu Dis and Al-Sawahera, which are increasingly isolated due to the barrier wall and restrictions imposed by the Israeli army.  This marginalization diminishes resources for the arts and leaves community members feeling that their cultural heritage is disappearing.  Particularly children experience a sense of hopelessness in this environment.  VACA was established in 2008 to promote freedom, independence and justice by increasing cultural, artistic and literary awareness among Palestinian children.  This program aims to empower children with creative self-expression and nonviolent communication skills.

VACA operates the House of Hope, which is a kindergarten and elementary school for low-income Palestinian children of Muslim and Christian faiths.  In addition to the required academic curriculum, House of Hope teaches creative learning classes around arts, crafts, music and dance.  So far, the school includes Kindergarten and Grades 1 and 2.  This grant would allow them to expand their program to include children who have reached Grades 3 and 4.   A grant of $4,000. was approved for equipment and educational materials necessary to add more students. 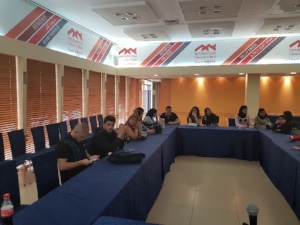 YYMA has spent the last seven years, identifying critical needs of local residents in Yaffa and working to improve the life of community members.  They believe that the only way forward is to build a unified and cohesive community that is empowered, resilient, inclusive and democratic.  To do so, it is important to have a strong youth movement built on democratic values and human rights, strong community support and accountability, and solid partnerships.  This particular project will support 27 high school youth from Yaffa, who will participate in a program to develop access to university and academic engagement.  They hope to present and develop options for university entrance and academic career paths, which is important because marginalized Palestinian youth typically live in very non-academic environments.  The 27 students will take part in field trips to meet students and staff at six universities in Israel.  They will meet with Palestinian academics and/or Ph. D. candidates in informal settings to share ideas regarding academic career prospects.  A grant $5,000. was approved to cover the expenses for the field trips.